The first Finnish team in the student supercomputer competition

The first Finnish team in the student supercomputer competition

CSC has put together Finland's first team for the international student supercomputer competition.

The Student Cluster Competition (SCC) is held annually in conjunction with the Supercomputing Conference (The International Conference for High Performance Computing, Networking, Storage, and Analysis). This year's edition, SC22, in Dallas is the largest and most important conference on high performance computing. In the competition, teams of six undergraduate students complete a variety of computing-related tasks in their own small clusters. The competition lasts 48 hours without breaks.

The CSC team "Revontuli" (meaning northern lights) consists of six students from four different universities and one advisor. The Revontuli team will participate in the virtual IndySCC version of the SCC competition, using the organizer's cloud platform instead of their own clusters.

– We’re very excited to get a chance to compete and to showcase our talents. With a group of talented individuals and CSC on our side we’re primed for success in the final competition, the team members say.

The team's strategy is based on its members' diverse backgrounds and prior training. CSC's HPC experts Jussi Enkovaara, George Markomanolis (currently at AMD) and Jussi Heikonen have been training the team since the beginning of the year and the team members have previous experience in HPC and cloud platforms, scientific software, programming, data analysis and Linux systems.

The first event of the competition itself will be a 24 hour HPL Hero Run session starting in the afternoon of 25 October, where the aim is to achieve the highest possible performance with the Linpack benchmark on the organizers' cloud platform. The main event of the competition will take place from Friday to Sunday 4-6 November. A workspace will be set up on the CSC for competitors to collaborate on the tasks set out in the competition. The team will complete the tasks independently, without the help of an advisor or outside help.

In addition to the Linpack benchmark, the teams will have to install, optimize and run three software packages. The software includes Nanoscale Molecular Dynamics (NAMD), miniVite and one mystery application with datasets, which will be revealed to the competitors only at the beginning of the competition.

– The goal of assembling the team and participating in the competition is to increase the visibility of CSC and high performance computing among undergraduate students and to stimulate interest in the field. Computational science in Finland is at a high level and the LUMI supercomputer provides researchers with unprecedented computational resources to do cutting-edge science. We want to do our part in ensuring that there will be enough talent in the field in the future, says Jussi Heikonen, Development Manager at CSC.

More about this topic » Go to insights and news » 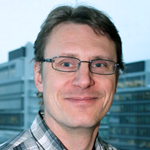 The author has a few decades of experience in scicomm at CSC.
Twitter: @TommiKutilainen