The FGCI stands for the Finnish Grid and Cloud Infrastructure. As far as the grid is concerned, computing clusters, situated at different locations around Finland, are logically combined into a grid. For the cloud, the joint resources are part of the cPouta cloud.

The FGCI hardware has been procured and is being deployed as a joint effort between the participating institutes and CSC. System administration of the clusters/Grid is done in co-operation between CSC and the university partners.

The FGCI has been officially innaugurated on 20.04.2016. On the day of the FGCI inauguration, the total aggregated peak capacity of the infrastructure is about 400 TFlop/s, out of which of which about 250 TFlop/s is the FGCI capacity and 150 TFlop/s the capacity belonging to FGCI predecessor, FGI, that will be slowly phased out. Out of FGCI's 250 TFlop/s,  218 TFlop/s is grid capacity (including CPU and GPGPU capacity) and 32 TFlop/s is cloud capacity.

The FGI hardware procurement was done in 2011 as a joint effort between the participating universities and CSC. System administration of the clusters/Grid was done in co-operation between CSC and the university partners. The FGI was available for researchers in early 2012.

The joint resources are used both locally and through the grid and cloud interfaces. At least 20% of of jointly procured computational resources (as a long term average) is allocated for distributed (grid) or cloud use.

The grid middleware provides scientists with the computational capacity for serial and parallel jobs, as well as, jobs that require large amounts of memory. Via the FGCI, users are able to run their applications flexibly on computing resources hosted by different institutions. In addition to self compiled applications the FGCI has a selection of pre-installed and centrally managed applications. The grid middleware automatically chooses a suitable resource.

Submitting grid jobs and retrieving results is not instantaneous. The FGCI grid is ideally suited to calculations which take from tens of minutes to up to 24 hours. Job related data is transferred with the program to the cluster on which it will run. Results can be retrieved when the job has completed.

cPouta cloud, built using the OpenStack cloud middleware, is an IaaS cloud service running on CSC Taito supercluster's hardware. Users can launch virtual machines that can run an operating system of their choice and can have public IP addresses. Login to the machines is possible using SSH and users set up the virtual machines and use them like regular servers.

Jobs that run on the FGCI are not billed from the users CSC project budget.

Help and further information can be requested from servicedesk(at)csc.fi

Instructions are available on the FGCI User guide

Instructions are available on the FGCI User guide

Help and further information can be requested from servicedesk(at)csc.fi 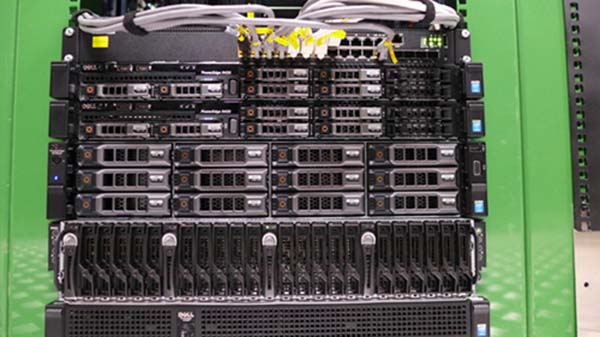