Elmer includes physical models for all brances of computational engineering and even beyond. Therefore it is impossible to give a complete picture of the software with just a few examples. Many cases are rather simple. This is not a limitation of the code but rather limitation of time used make these examples. 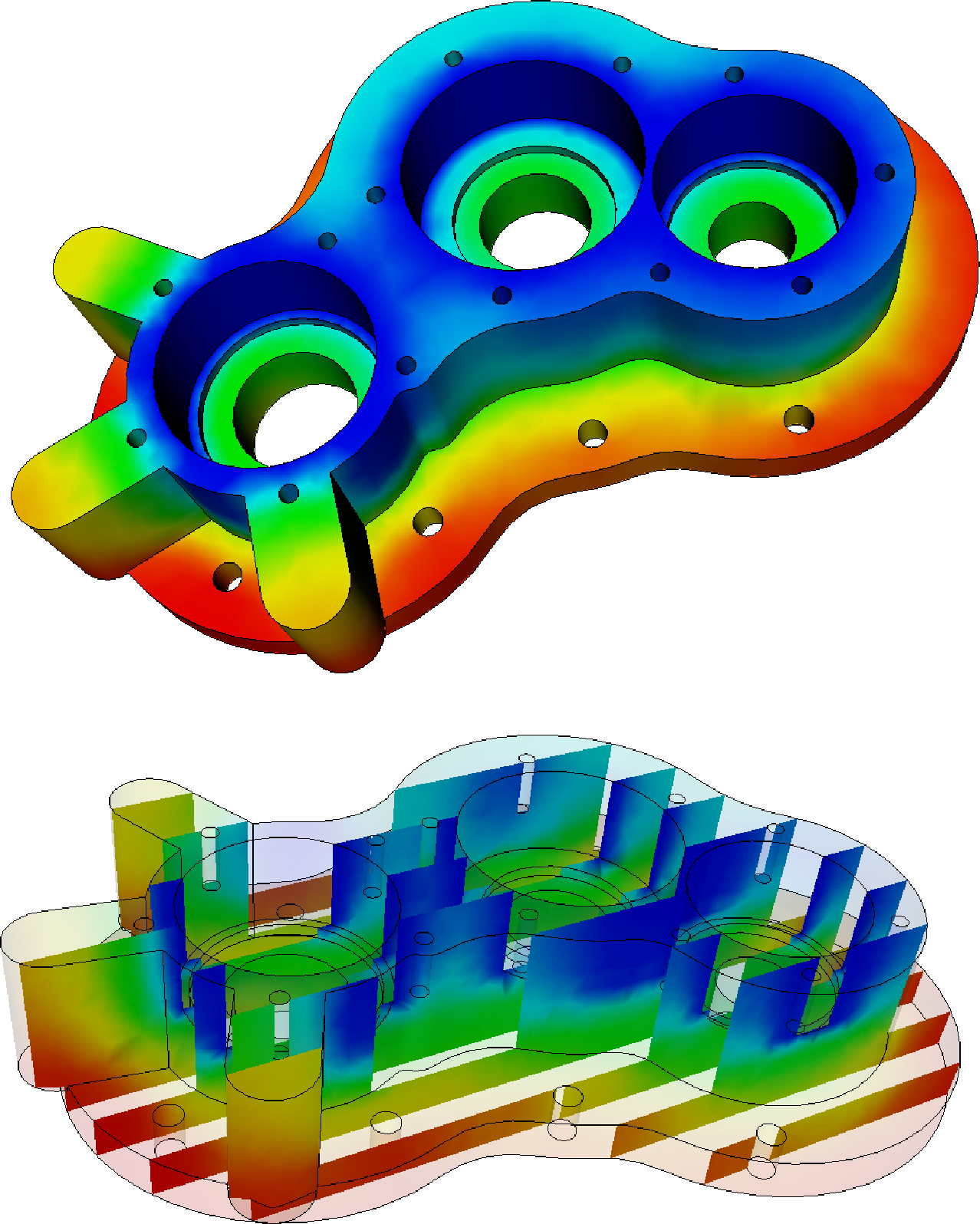 Example 1. Temperature field of a solid object. This is the first tutorial case of ElmerGUI.

Example 2. A test case for the particle tracker module of Elmer finite element software. The particle-particle and the particle-wall interaction is accounted by simple spring forces. Additionally some damping is applied on the particles. 300000 explicit time-steps were taken and the computation lasted around two hours with one core.

Example 2. The simulation shows vortex shedding in 2D flow with two circles in the channel. The simulation is carried out using monolthic FE discretization with the VMS stabilization method.

Example 3. This animation shows a synthethic test case of a loosely coupled fluid-structure-interaction analysis for a case with internal flow and large displacements. This combination is notoriously difficult for loosely coupled schemes. In Elmer a method of artificial compressibility mimicing the elastic response of the structure is used to ensure robust convergence.